What Do Antioxidants Do & What Are The Benefits?

Antioxidants are frequently mentioned in everyday conversations it seems like.

However, very few people actually know what they are and how they work.

The concept of antioxidants is fairly complex, but this article explains it in plain, human terms that anyone can understand.

The importance of consuming these foods lies in avoiding degenerative diseases and reducing the risk of developing chronic noncommunicable diseases, such as Cardiovascular diseases, tumor shrinkage, diabetes, Alzheimer’s disease, and the famous “Parkinson’s disease”.

According to scientific studies, people who have a diet based on vegetables and fruits containing a large number of antioxidants had a greater memory capacity and a healthier and fuller life.

Antioxidant foods are noted for their nutrients and vitamins, plus they contribute positively to lose weight. Some of these foods are Blueberries, blackberries, raspberries, strawberries, plums, apples, pomegranates, grapefruit, spinach, broccoli, peppers among others. Besides that, there are a variety of cereals and nuts that also have large amounts of antioxidants good for the body.

Drinks such as green tea, coffee, and black tea also provide antioxidants to the body. Red wine also has lots of antioxidants, but since it is an alcoholic beverage you must control its consumption.

What are the best Antioxidant foods? 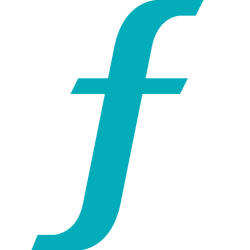 Fitness Wiki
We’re on a mission to help fitness enthusiasts save time, have a better experience in the gym, and grow their fitness knowledge.